Twenty-five miles north of the Chicago Loop, the City of Highland Park is nestled along beautiful Lake Michigan for nearly five miles, it is the heart of the North Shore and home to Ravinia Festival, the award-winning Rosewood Beach, numerous events and festivals and a bustling downtown. Nearly 30,000 residents and over 900 businesses are proud to call Highland Park home. One of the City’s core priorities is community vibrancy which is achieved in part through proactive and transparent communication. In 2018, the City invested in a high-definition multi-camera live streaming system to continue to provide excellent communications.

Hayley Garard, Assistant to the City Manager and project lead, stressed the importance of transparent communication within the City of Highland Park.

“The City uses a variety of communication platforms daily including the website, electronic newsletters, monthly mailed newsletters, Twitter, Facebook, and our TV channel to keep residents and businesses informed and allow them to take an active role in the community.”

Hayley comes from a telecommunication/production background, with a bachelors in telecommunications and a masters in public relations and journalism. “I like telling the City’s story, and sharing all of our amazing accomplishments through all available channels including our broadcast television.”

The City’s recent investment in their channel started with upgrading the basics. Before the transition began, the City Council broadcast room looked like a scene from a 1990’s movie- VHS tape machines for recording, vintage IBM Model M style keyboards controlling an SD playout with no titles or graphics. A lot of upgrades would need to take place to allow Highland Park to continue to live stream basic City meetings.

“As parts of the broadcast system started to break we couldn’t find the equipment to replace it. Nothing is standard definition anymore,” said Hayley. 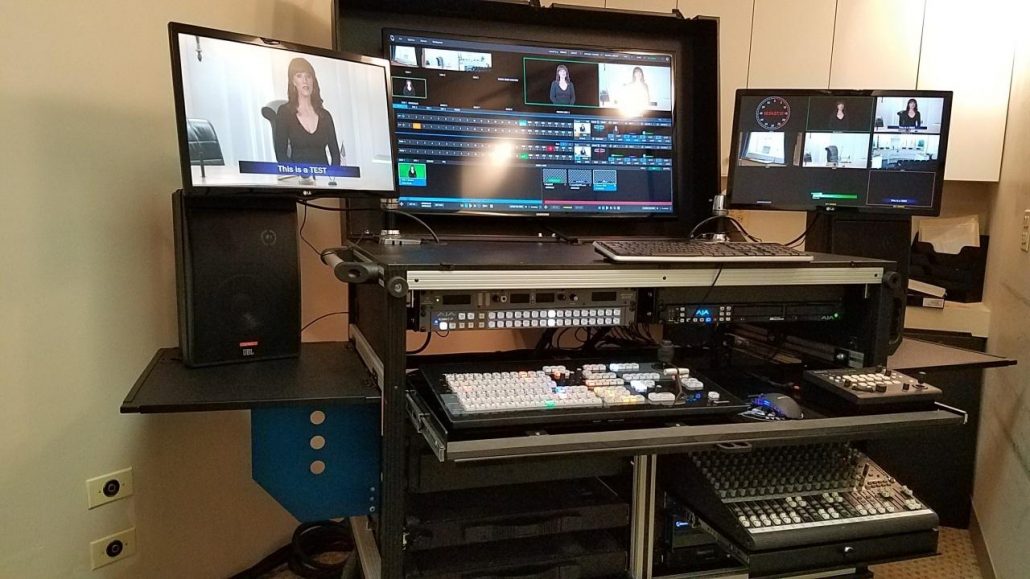 The entire system was build inside a Bigfoot Mobile case with industrial wheels, allowing the system to be rolled onsite to different locations allowing for live streaming of local festivals and events.

“The update, in general, allows us greater flexibility and adaptability. We have only had the unit a few months and are still learning, but Kevin Bruce (Key Code Media) has been incredibly responsive and continues to support the City through training and troubleshooting. We have been receiving inquiries from surrounding communities and would be more than happy to share our story,” said Hayley.