“The City of Costa Mesa is located in Orange County, California, with around 115,000 citizens. The city is a full-service with 400 employees spreading across the Police Department, Fire Department, as well as all the traditional city services of a big city.”

The City Council chambers and community rooms have been in place since 1988. When funding approved for a facility upgrade- they looked to surrounding cities, like Irvine, to determine what equipment and furniture would best suit them. Let’s take a look at the install. Triton Technology Solutions provided the initial design for the project, Key Code Media was awarded the equipment procurement and installation.

“The myriad of improvements we made in the room include a Wolfvision ceiling mounted document camera- replacing the old Elmo style scanners of the past. A new upgraded digital voting system automatically submits data into the city clerk’s official record of the meeting. And of course, a variety of camera systems, lighting systems, and digital signage were all upgraded.” 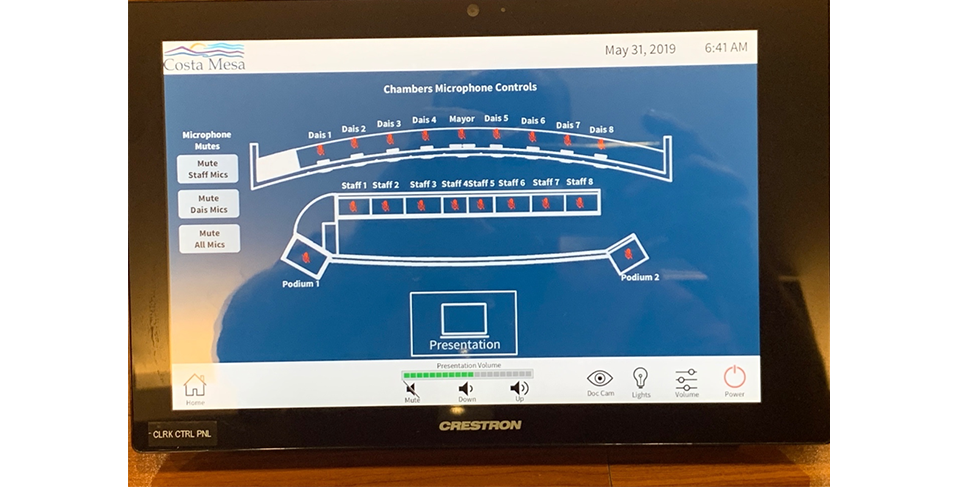 “An old projection system- which was often hard to see- was replaced by six large-screen displays mounted to the ceiling. Giving an excellent viewing from every angle. It’s something that the public has given us a lot of positive feedback-on.”

For lighting, a bank of 1K Tungsten lights- notorious for overheating the Dias- were replaced by less-heat-emitting LED lights. The new lighting improved the comfort level tremendously for council members and commissioners.

Custom control room consoles, dais, and conference room furniture helped modernize the facility. Each piece of furniture was carefully thought out, with consideration for making audiovisual, voting, and broadcast equipment seamlessly weaved into the room. 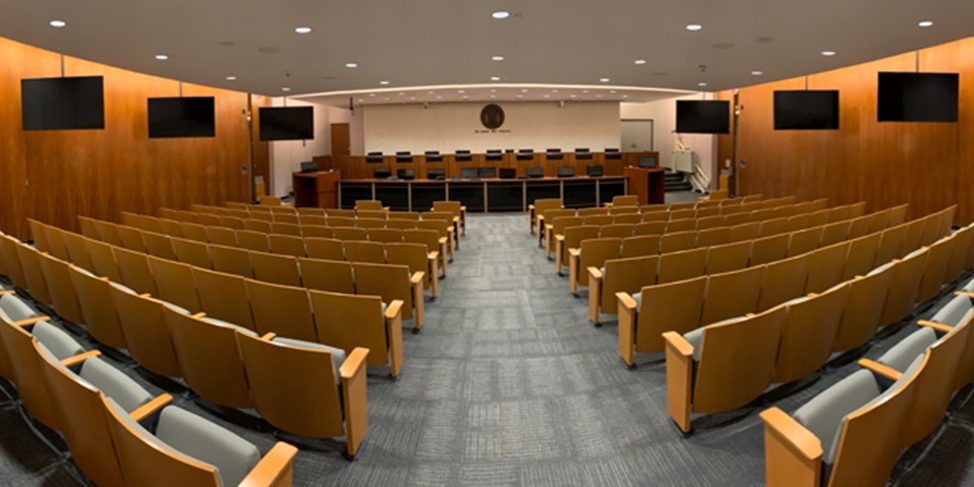 Costa Mesa Television (CMTV) is the city’s 24/7 public access channel- that originates from city hall. Master Control is where live meetings from our council chambers and community room get broadcast out to the city. Even before the equipment upgrade, CMTV has received many awards for their local programming. 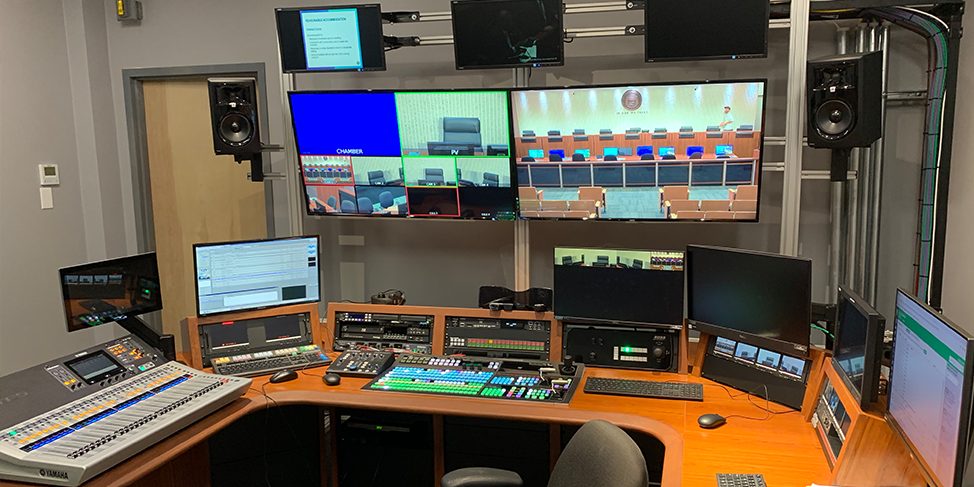 “All the equipment we installed is what you would traditionally see in a high-end production house. Our Master Control Room is a full broadcast production system- and we’re pretty proud of the team behind it.”

“The server room amounts to the brains of this whole operation. A big upgrade for us is having all of this equipment in one room, integrated with nicely organized cabling. A true professional video and audio network.”

A Tightrope Carousel and Tightrope Cablecast work in combination- managing all the community bulletins, playback scheduling, and digital signage throughout the facility. All the video and audio processing are tightly woven together in the Network Room- installed by Key Code Media team.

“The Network room generates a lot of heat, and with all the new equipment going in- we decided it was time to upgrade the HVAC as well. That was super important to us.” 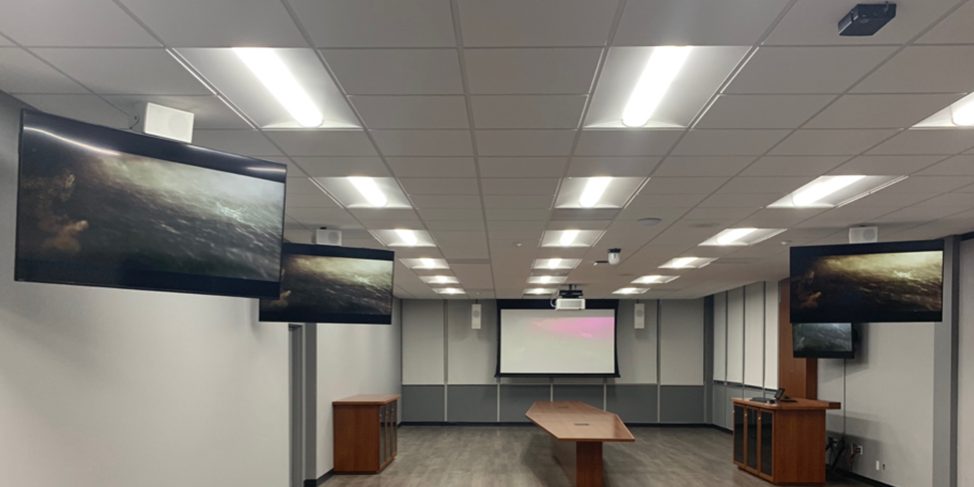 The Conference Room itself uses ceiling-mounted Shure microphone ceiling tiles- which removes the need for microphones on the conference room table surface. The Shure MXA910 microphone also has significantly better audio quality when compared to a traditional conference room microphone.

“We’re excited about our technology upgrades at the City of Costa Mesa, from our City Council Chambers, Master Control Room, Network, and Conference Rooms. Once again, big thanks to our systems Integrator, Key Code Media, for making this a successful deployment.”

The City of Costa Mesa sent out a call for Proposals to revitalize all the broadcast and A/V technology is not only their Council Chambers but also Master Control, Machine room, and their Conference / Community rooms.  Key Code Media was awarded this RFP,  as the City felt they were the best Qualified to meet their needs.   Key Code Media jumped in and helped the City finalize the install,  and to provide alternative solutions to Keep them Ahead of Technology.

The project consisted of 3 Parts-

The Creston system allows full interaction between the Council Chambers,  and the Conference and Community Spaces-   allowing them to not only be used for overflow,  but interact fully with the Meeting in the chamber, and the Broadcast to live streaming.

These 3 parts are tied via a custom fibre infrastructure to the City’s IT department-  and then all users of the systems, including the City Council were trained on how to utilize the systems.   3 “Mock” meetings and 4 Actual meetings were run by Key Code to ensure that any and all possible challenges from the new integration and systems were up to Par for the City team.