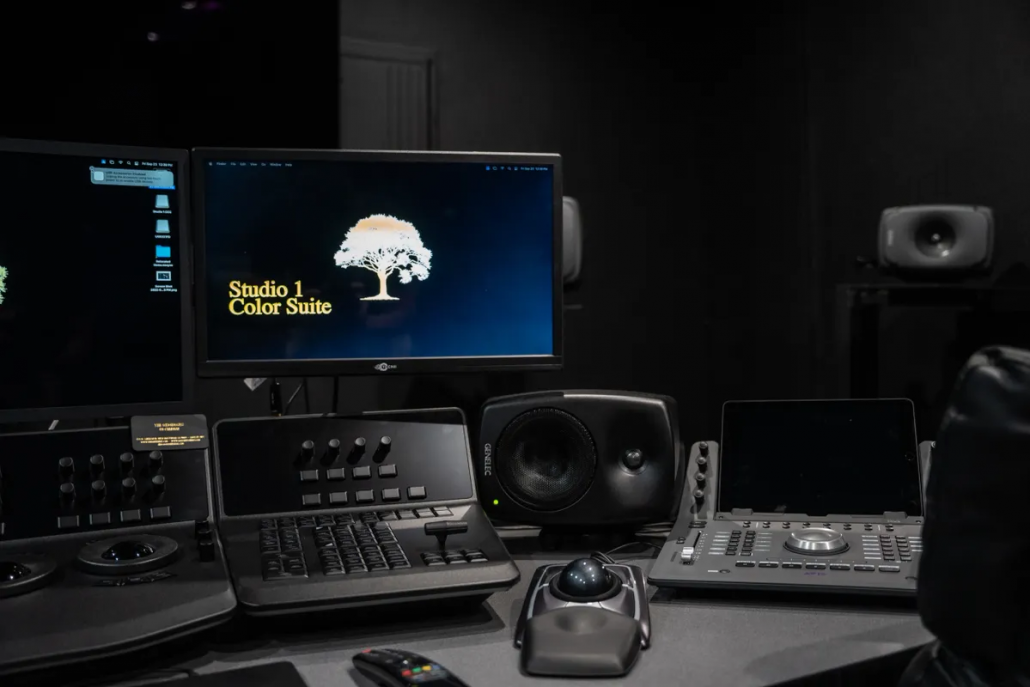 Gold Tree Films, which formed Gold Tree Studios, was co-founded by William J. Immerman, who has produced or executive produced over 40 motion pictures, including “Ray” which won two Academy Awards, “Sahara” and the upcoming releases of “Across the River Into the Trees” and “Discussion Materials.” Bill has held senior executive positions at several motion picture companies, including 20th Century Fox, Crusader Entertainment, and Yari Film Group; he is also an entertainment lawyer and is the Co-Chairman of Gold Tree Films.

His business partner, Co-Founder, and Co-Chairman Tim Chonacas, is a fifteen-year veteran film fund manager, financing producer, and now CEO of Gold Tree Studios. Tim, with long-time friend, and development investor Rom Alborzi, took the time to evaluate what the industry had to offer, and afterward, they decided to set out and build their own.

“We saw a gap in the market. There are rental facilities that do video editing, but they don’t do sound, or they don’t do ADR, or finishing. We wanted to create a single destination for all production needs, regardless of the type of project- from capture to delivery.” – Tim Chonacas, Co-Founder at Gold Tree Studios 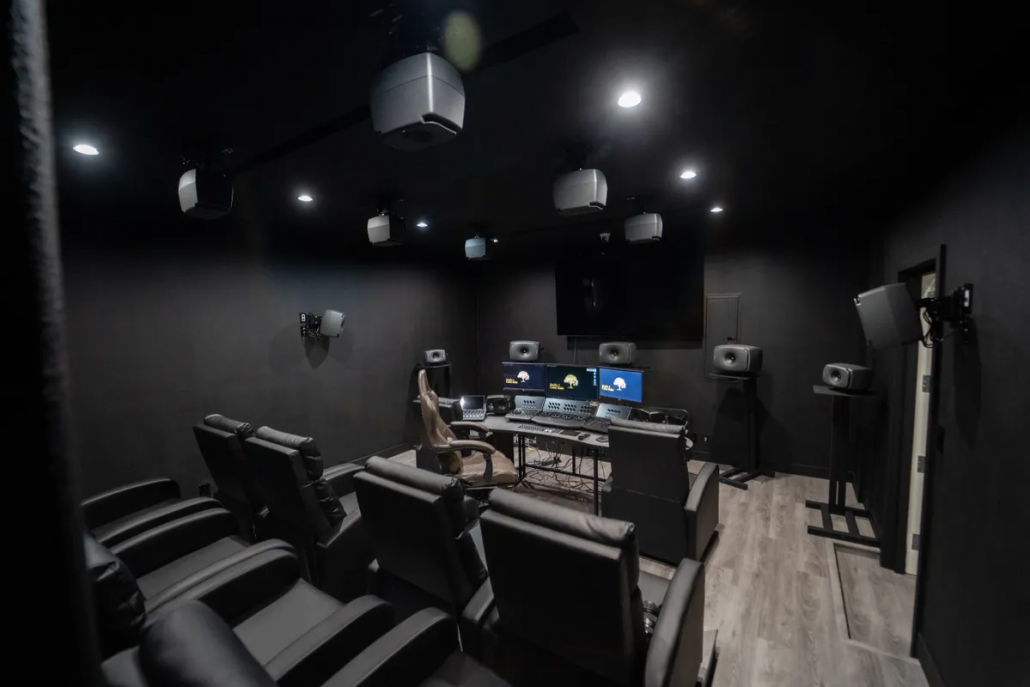 Location is everything for finding the right talent. The Gold Tree Studios location is on Sunset Blvd, just beneath the Hollywood Hills, with trendy food options- Le Petit Four, The Butcher and The Baker and Cappuccino Maker, and Eveleigh located across the street. Tim knew it needed to be centrally located for the West Side, East Side, and the surrounding Hollywood studios if they wanted to attract top talent. That same attention to flexibility came to the design of the video editing studios.

Every suite and editing workstation is preconfigured with DaVinci Resolve, Adobe Creative Cloud, Avid Media Composer & Pro Tools editing software. All workstations in the building are networked to a 392TB SNS EVO Shared Storage system with Sharebrowser for projects, files, media access, and collaboration. The EVO works well with environments using a mix of creative software. It also provides the ability for remote editing, using SNS NOMAD, just in case someone on staff needs to work from home or on set productions anywhere in the world.

“The facility was designed and built to ensure MPA, TPN, and even Apple audit standards and guidelines were in place.” – Tim Chonacas, Co-Founder at Gold Tree Studios

The Flagship Studio 1 contains an 11-seat theatre, dual ADR booths, and stacked edit consoles, including an 85” OLED monitor, 24.5” Sony 8K monitors, and a full Blackmagic color bar, and Avid S1 and dock. The room is dual purpose-built to do color grading at the highest level and sound mixing with a certified THX and Dolby Atmos 9.2.6 setup – depending on what’s needed for the project.

Two Junior Edit Suites (Studio 2 & 3) provide editors a more private personal space. Each room is configured with various connectors, so external hardware devices- like an S1 for audio, a Blackmagic SpeedGrade, or recording devices can be added per project.

The Executive Edit Suites (Studio 4 & 5) are three times the footprint of the other suites with a workstation, couches, and a premium view of Sunset Blvd. A great space for Directors, Executives, or Producers working on the project.

Call it the flagship bonus room- Studio 6 is a 4-seat space ready for sound mixing or color grade- with a Dolby Atmos 9.2.4 sound setup, an Avid S3 Console, Resolve Color Bar, and a 65” OLED. An adjacent dual ADR booth, with elegant soundproof doors, looks over Sunset Plaza- perfect for talent, podcasts, or musicians that want to record audio while looking over the most iconic building in West Hollywood. 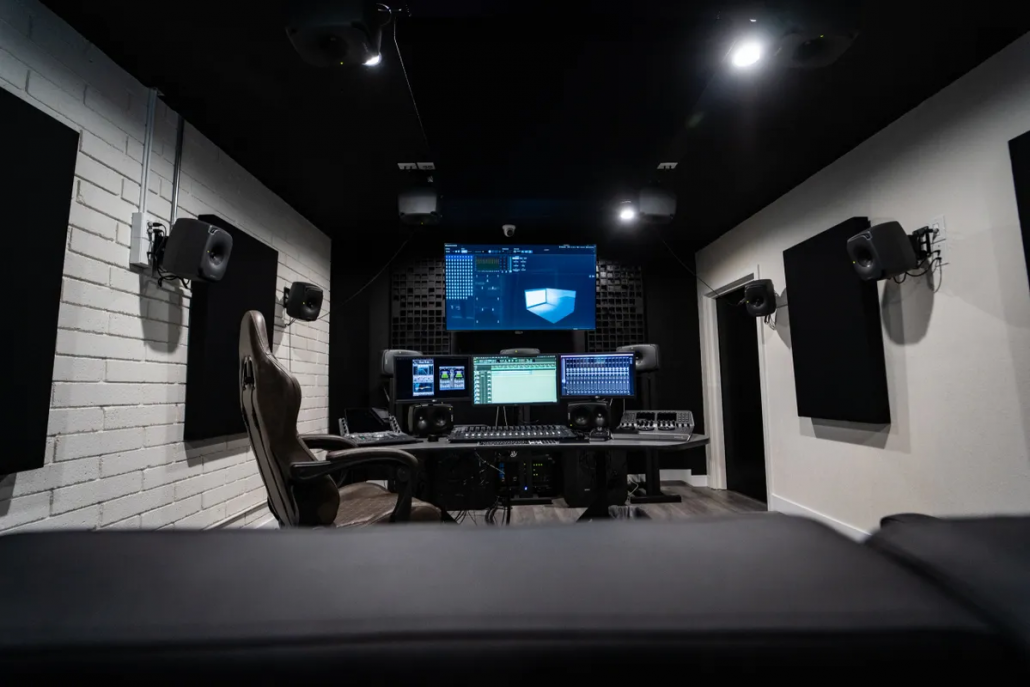 A 1,000sqft Recording Studio with a nearby Video Village is set up for real-time capture directly to the networked SNS EVO Shared storage, providing the surrounding video suites instant access to the edit- if a project requires it. The space is flexible use space, available for 360o greenscreen, sound recording, and photography, with rental lighting, audio, and camera equipment available at request.

Gold Tree Studios is certainly a flagship post production rental facility sure to be bustling with projects with its excellent location and well-architected facility. Gold Tree Studios is setting the new standard for Post- Production facilities and services. To learn more about the facility, visit: www.goldtreestudios.com