The Ocean Cleanup: Streaming MultiCam From The Bay 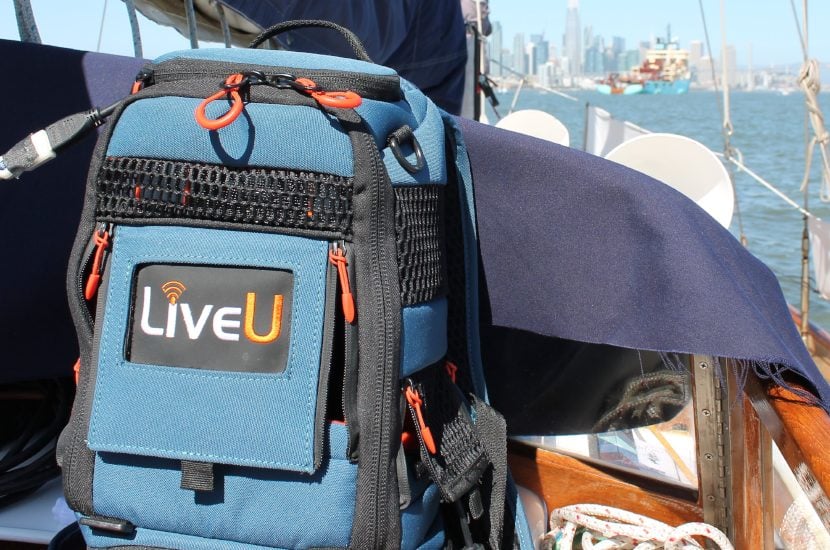 The Ocean Cleanup, a non-profit organization dedicated to eliminating the world’s oceans of plastic, is taking an important step forward in the fight against pollution with the deployment of its first ocean cleanup system this month. To celebrate the launch, The Ocean Cleanup hosted an ambitious live broadcast with several LiveU connected camera points, switched by a NewTek TriCaster TC-1 operator stationed miles away.

“We knew from the start that this event had to be shown to the world in the best possible way. The organization has been supported by millions of people throughout the years. Providing them a livestream in a way to view and engage this day with the team was a tribute to all the support we received from around the world,” mentioned Florent Beauverd.

“Being out on location is always difficult, cause you have so many other logistics that you have to deal with. In this case, we were dealing with being on the water, on a tiny boat, but still stream standup from our field reporter back. You cant traditionally be out on a boat like we were and have a direct link back to the control room,” commented Dan Van Der Kooy.

The master control room was placed in a nearby assembly yard. Multiple LiveU LU4000 cellular bonded receivers brought in signals from LiveU LU600 HEVC backpack connected cameras located in the field. The LiveU receiver video and audio signal were sent via NDI to a NewTek TriCaster TC-1 and master router. The TriCaster was also preloaded with premade content, motion graphic lower thirds, and other graphics that would play out during the broadcast.

“Technical Director Ron Vargas was a key asset in switching the flips and making sure we were right on time with everything in the control,” mentioned Flourent Beauverd. Dan jumped in, “The HEVC technology on these LiveU units was also unbelievable. The ability to stream from the locations we were streaming from with such a clear signal back to the control room, using such a minimal amount of equipment. You wouldn’t been able to think about doing this 10 years ago.

A Unique Workflow by Key Code Media and LiveU

While Dan and Florent were busy prepping for the live stream in Norway, they quickly realized there were a lot of unanswered questions about equipment requirements and the workflow to put on a massive event. That’s when LiveU put The Ocean Cleanup in touch with Key Code Media.

“I was put in touch with Mike Cavanagh at Key Code Media. I told him what we were looking to achieve. Key Code was interested in helping us in whatever way that they could,” Dan said ecstatically.

Mike Cavanagh set up weekly calls to help The Ocean Cleanup team navigate the equipment needs, crew, and technical details for the broadcast. The Key Code Media team researched cellular accessibility in the San Francisco Bay, and drone permitting- ensuring technical requirements would be met to pull off a successful show.