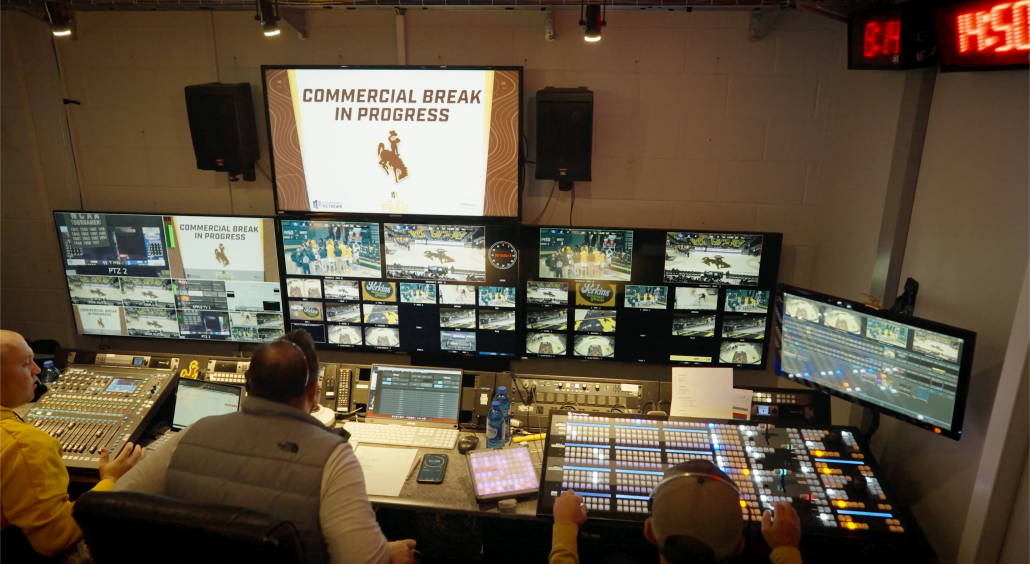 The challenges of the project included working with wide-area signal paths, reverse engineering parts of the system, and completing the project within a limited time window.

Dennis M. Trapani is the Associate Athletics Director, Creative Services with a long history of working with Key Code Media on sourcing equipment for their station.

“This past summer we took a step back and realized some of our equipment needed to be replaced. We had an opportunity to expand our capabilities with systems that are easier to use, as well as more flexible IP workflows. That’s when we called our friends at Key Code Media.”
– Dennis M. Trapani

The heart of the technical core is a Ross Ultrix 62 x 62 router and a Newtek TriCaster 2 Elite supporting a 1080i video standard. The Ross Ultrix router is a compact five rack unit design utilizing high-density HD-BNC connectors. Existing Ross router control panels could be reused with the Ultrix. All control room HD-SDI video system sources and destinations passed through the Ultrix router.

The Newtek Tricaster 2 Elite provided switching and signal processing support for the HD-SDI and NDI sources. Each of the eight Tricaster HD-SDI inputs has a frame synchronizer. The unit has eight HD-SDI outputs and four DP/HDMI monitor outputs. The monitor outputs provide multiviewer support to four new Samsung monitors.

“The Ross Xpression has been one of the biggest game-changers for us. The ability to read XML files, automatically populate graphics and the ease of use of the operating system. Now we can have a student operate graphics, removing the need to outsource a professional.” – Dennis M. Trapani

Several program feeds are created for distribution; these feeds are typically created and formatted in the Tricaster 2. Here is a breakdown of the video feeds the UW Athletic team are using: 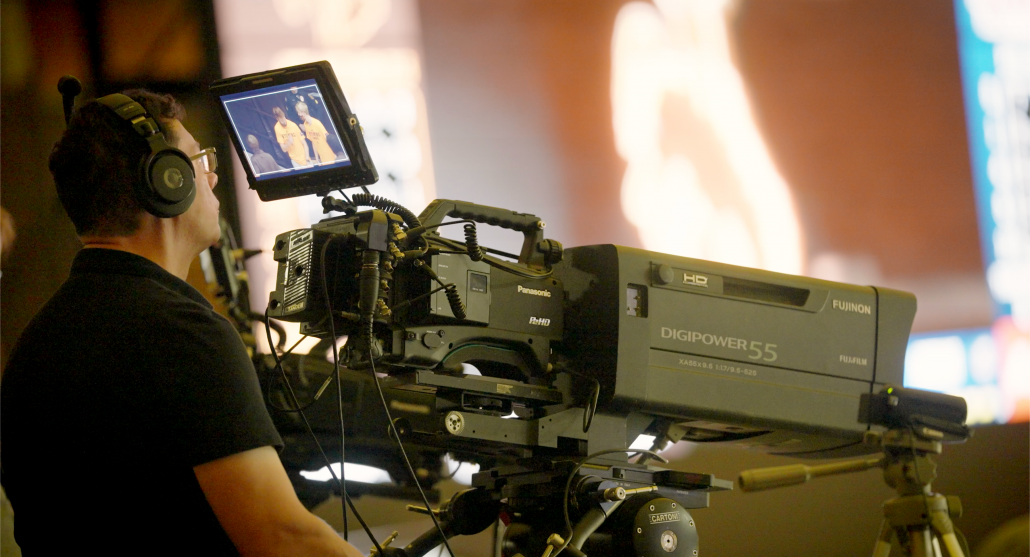 Marshall POV cameras were used in key areas such as basketball net cameras.

A Tuned-Up Audio and Comm Systems

Audio for the control is routed through the Ross Ultrix router using a MADI interface via the Ultrix SFP port. MADI is sent to the Mamba ANMA64 and MADILEXTN converters. From there, the analog audio is distributed around the control room via audio patch panels for fast setups and workarounds.

The legacy intercom system was problematic. By redesigning and rewiring parts of the system and “tuning” the Clearcom hybrids, better audio quality was achieved. 4-wire intercom audio was sent to and from the football stadium over a single-mode fiber transceiver.

The project was designed in the Seattle and Denver offices of Key Code Media. Installation took place on campus in Laramie, Wyoming, followed by systems testing and commissioning. Following Key Code best practices, a full design package was created and each newly installed cable was labeled with a unique number.

With higher demand for video streaming of athletic events, universities are increasing and improving their video production systems. From consulting to design to construction, Key Code Media provides a full range of services for custom media facilities.