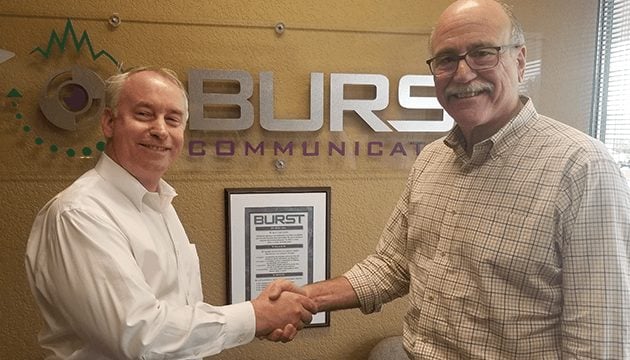 Burst Communications was founded in Denver, Colorado in 1991 by Kirk Basefsky, along with a core team of sales and technical experts. Embracing broadcast technology from its inception, the company has grown to be an industry leader in broadcast integration for TV stations, sports, churches, local government and education. Burst also has a strong presence in the Corporate AV space, designing conference rooms, classrooms, lobbies, and large-scale digital signage installations.

“Together, we will offer broadcast, AV, integration, and post-production solutions at a comprehensive level of support and services across all markets and geographies,” noted Mike Cavanagh. “This union positions us both to serve the industry with more advanced engineering and services- across the nation.”

Burst designs, engineers and installs creative, integrated systems for video broadcast technologies. Burst specializes in bundled solutions to complex projects, from hardware and software, to installation and training. Owned and managed by Kirk Basefsky and Robin Heywood since 1991, Burst is headquartered in Denver, Colorado, with satellite offices located in Arizona, California, New Mexico, Texas and Utah.