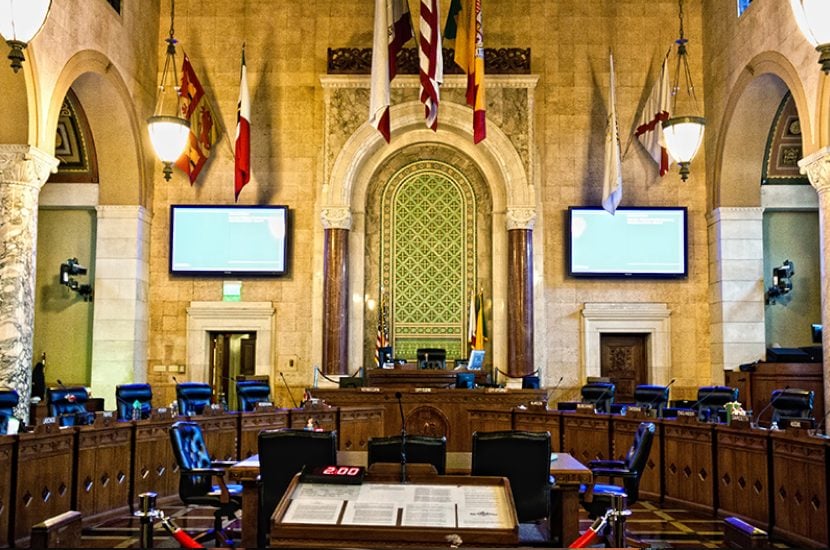 The City’s Emergency Operations Center was due for a multi-million dollar design and build project to provide a 100% Uptime facility to house LA Fire, LA PD,  The City’s Emergency Management Division as well as the 911 Emergency Response Center.   Burst’s team met the tough challenge with 2 video walls of NEC Montiors, tied together with a Jupiter PixelNet processing system and Crestron Control systems.

Los Angeles’ Department of Transportation is responsible for over 6,600 miles of roadway.  To perform this task,  The city has 700 traffic cameras keeping an eye on things.   Burst was called upon to design and build a system to give them control over a brand new NEC Video Wall.  Utilizing Crestron controls, Axis encoding and a very large scale Matrix Switch Routing Switcher,  now any of the 700 sources can be pulled up on the video wall as needed.

Los Angeles’ Bureau of Engineering was in need of a large conference room to be designed and built with a 3×3 Video wall,  and a 16×16 Crestron Router.   This $205,000 single job has expanded to service multiple meeting centers around the City, becoming a $500,000 Burst multi-site integration package.