Virtual Reality (VR) technology is proving to be a prolific new form of online video as well as a new cash source for content creators. Part of what makes it profitable is the underlining complexity of producing immersive 360° and 180º video feeds for Oculus, GearVR, Vive, and VR-compatible mobile devices.

At the forefront of VR is Lucas Wilson, founder of Supersphere, an immersive content and technology company. Supersphere has helped major brands take their VR concepts from capture, to post, to delivery – utilizing a systemized workflow for worldwide production.

“Major film studios and marketing agencies all knew that they wanted to do VR, but at that time, very few companies were producing projects up to industry standards. I saw an opportunity to create a full service VR company. And over the past 3 years, we have experienced consistent, triple-digit growth.” commented Lucas.

Supersphere was recently contracted to produce live multi-cam VR content for high resolution delivery. “Our client had very demanding requirements – live VR in stereoscopic 4K resolution. I knew conceptually what this would take, but also knew we didn’t have a flypack that could currently support it.”

Lucas approached Key Code Media to dig into the nitty gritty of the workflow and build a VR system that could pull off 12G multi-geometry live VR/360. Key Code Media’s Michael Kammes took lead on the project, analyzing the system requirements, and collaborating with Supersphere to design the final workflow. 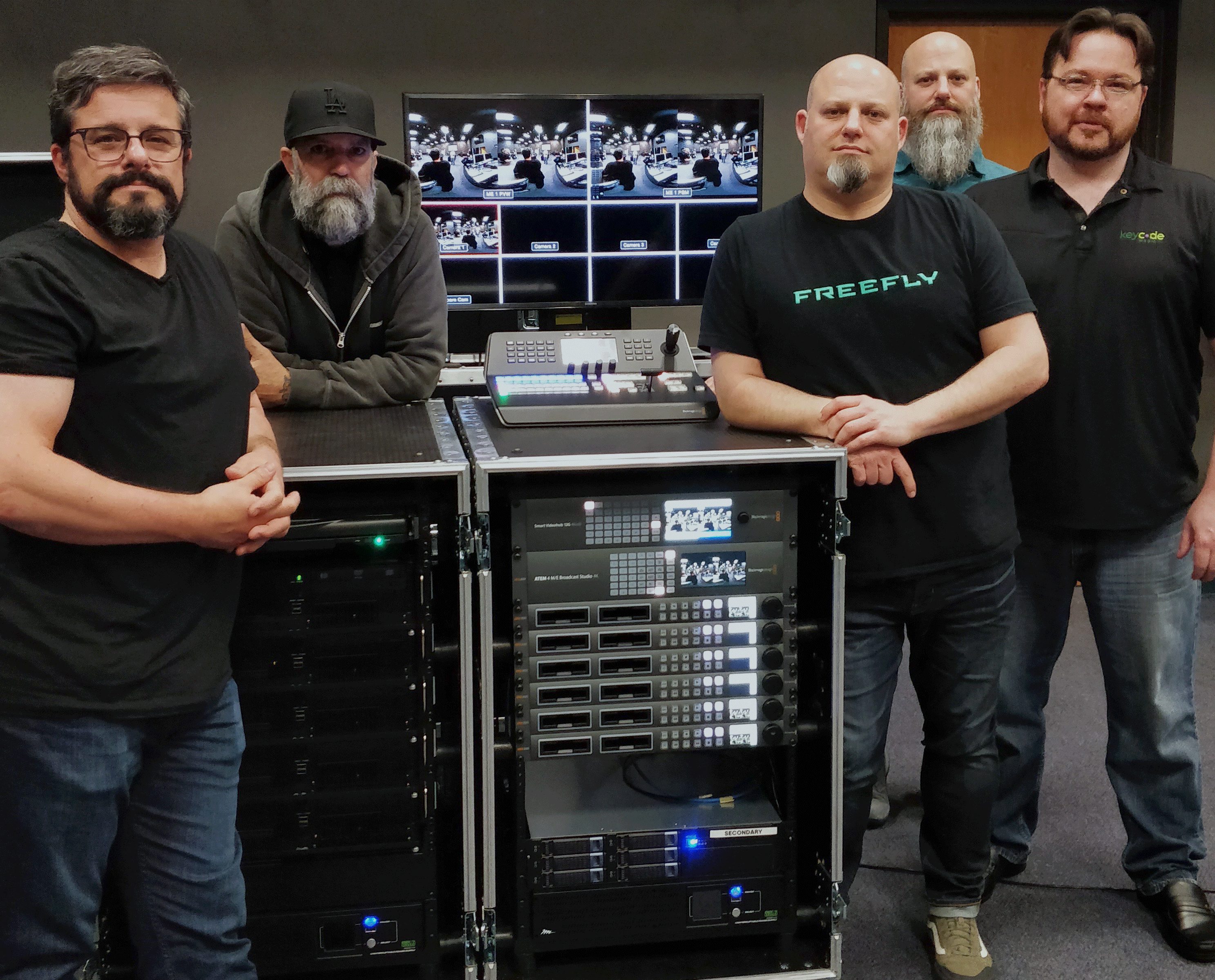 The result was a flypack with state-of-the-art 180° and 360° cameras from Z Cam, each input supported by ASSIMILATE SCRATCH, with realtime geometry conversion, stitching, color grading, and ambisonic audio insertion. An ATEM Production Studio 4K switcher by Black Magic Design serves as the backbone for switching between a variety of video sources. For delivery, a fully integrated transcoder from Teleos Media – delivering sustained 16 Mbps of high frame rate, 4k + VR resolution content.

“The Supersphere team is really pleased with the service and support from Key Code. Everybody – from warehouse to sales to integration – has been top notch and clearly care about our success. I hope these are the first of many products that we will work on together!”