Kentucky Farm Bureau Studios received 10 Emmys Nominations last year for its show Bluegrass & Backroads, a show which highlights the culture and charm of Kentucky. Along with Bluegrass & Backroads, the Kentucky Farm Bureau Studio produces additional content which continues to deliver stories of farmers and the people of Kentucky. Behind the production is Director of KFB Studios, Matt Hilton.

The Kentucky Farm Bureau Studios began video production 15 years ago recording local meeting and events. As the voice of agriculture for Kentucky Farmers, KFB needed a way to expand their communications- leveraging video. They initially sent a DVD to all members and supporters in the community but realized a web strategy would be required to connect with a larger audience.

“In the early days our entire live event production setup was a single lock-off camera with a basic microphone and audio. There was onsite failure all the time in our live recording- sound issues, lacking backups and redundancy,” expressed Matt, “when we received a budget to build a new studio I knew the main issues that needed to be addressed.” The problem was finding the right broadcast solution and vendor.

“One of the key issues is that we started ramping up all this content for the new Kentucky Farm Bureau YouTube channel. We had hard drives everywhere and it getting tough to manage. I know for a fact our team lost crucial footage because of a missing drive.” – Matt Hilton, Director of KFB Studios 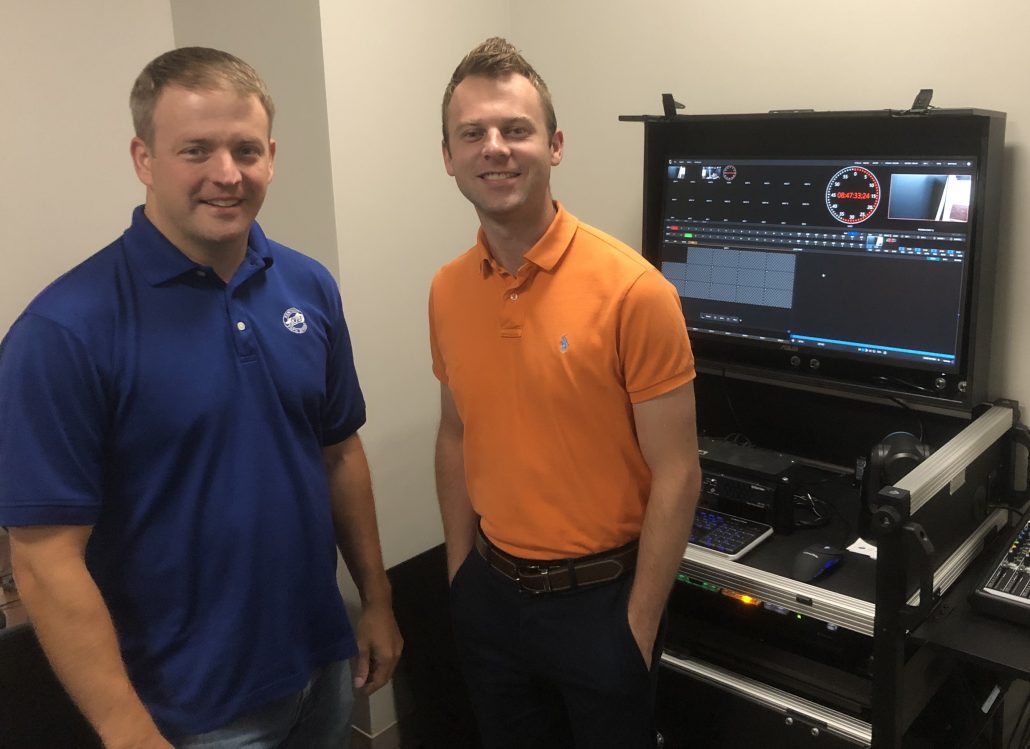 The backbone of the new Kentucky Farm Bureau Studio is a mobile broadcast flypack with a NewTek TriCaster TC-1, purposely built to speed up the production process.

“We needed more content quicker. Recording live in a studio setting was the only way we could pull it off,” mentioned Matt.

KFB is creating new online programming using the NewTek TriCaster for episodic content. The program will include a range of live discussions on a simple set with a real country comfortable feel.

With the mobile cart and multiple PTZ cameras, KFB studios can now take their production on the road. Recording all Kentucky Farm Bureau events at a much higher quality- this is especially important as KFB is gaining high profile guests speakers. The media and bloggers are eager to repurpose the online YouTube content which is instrumental to their viewer growth.

“I can’t thank Lisa, John, and Brian from Key Code Media enough. They have the knowledge of what we do, bringing substantive conversation, and show us how we can leverage technology to improve the quality and efficiencies of our production. I know I can call anyone from the Key Code team to answer any little question. We have hundreds more questions to ask and they’ll always be there for me. I won’t work with anyone else,” commented Matt.

Key Code Media deployed all equipment, training and system integration services for the Kentucky Farm Bureau mobile system. The Kentucky Farm Bureau invested in a brand new mobile production system with multiple PTZ cameras (NDI). This is a completely flexible production system that can be used both in their new Studio as well as out in the field. 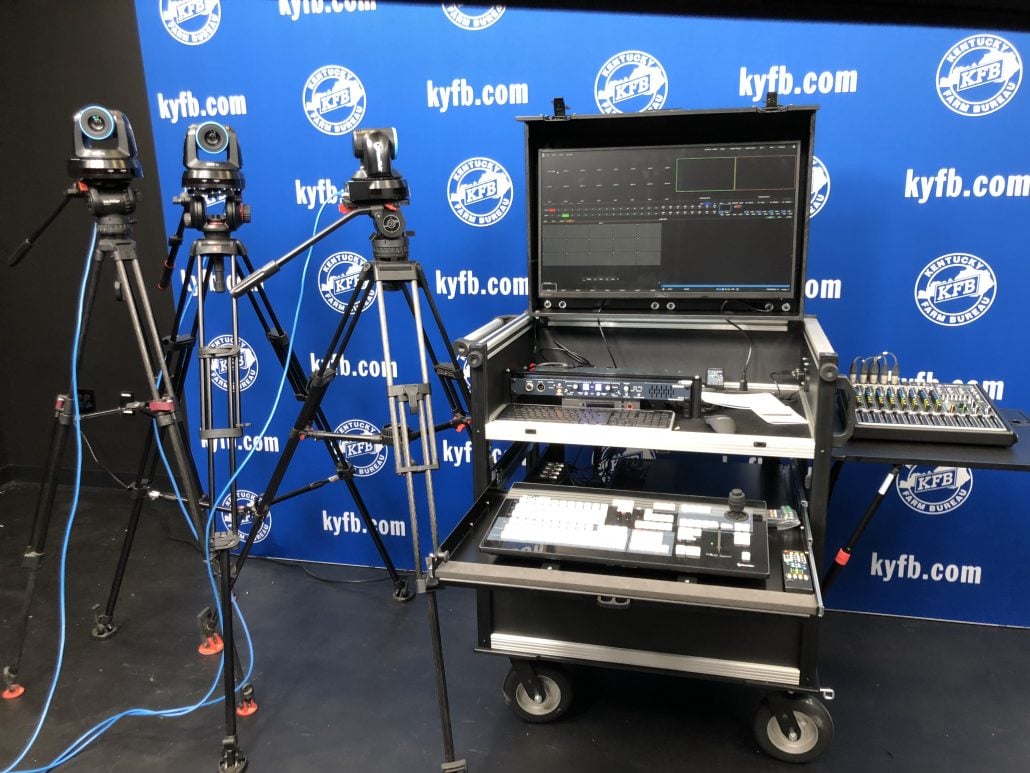