Nitro Circus is a global sports entertainment company that produces a wide array of live events, docuseries, television programming and digital content. Founded in 2003 by action sports icon Travis Pastrana, the company began originally as an excuse to travel the world riding dirt bikes, BASE jumping and performing other crazy stunts. These travels quickly turned into spectacular live action sports shows and premier competitions in front of packed stadiums, and multi-camera broadcasts to audiences worldwide. In 2019, Nitro Circus is a true media company with television shows on HISTORY networks, while also turning out hundreds of videos a year for its social media platforms, reaching an audience of 25 million fans worldwide.

The Nitro Circus production team is built to turn on a dime, creating and publishing content rapidly, for a large variety of platforms and audiences. We sat down with Nitro Circus Post Production Supervisor Sean Osborne to get a behind the scenes look at their production team and video infrastructure built to edit, create graphics, and finish exciting, visually stunning content for extreme sports fans.

“Our post production team is busy! We’re in the middle of working on a variety of television and network projects. We also just wrapped up the Nitro World Games in Salt Lake City, and are busy cutting together post-event content for YouTube, Facebook & Instagram.”

A RAPID TURN AROUND FROM LIVE PRODUCTION TO POST 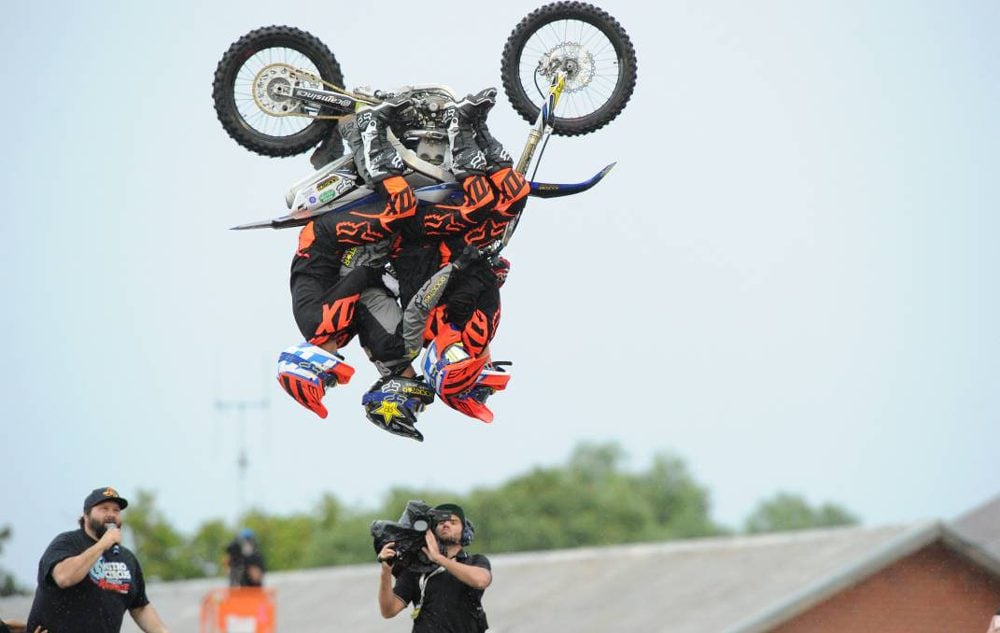 A massive live event such as Nitro World Games serves as the backbone for a lot of content that the team is creating. The core live production team- around 20 employees- plan out the equipment, staff, location logistics and program necessary for streaming and recording each experience.

“Every show is a little bit different. Our live production team sometimes is using large 4k production, robo cams, drones, 360, and onboard cameras. Most of our events are captured on RED or SONY to give it a higher-end cinematic feel. That being said, every show is completely different, and we’re constantly trying to find new ways to take it to the next level.” 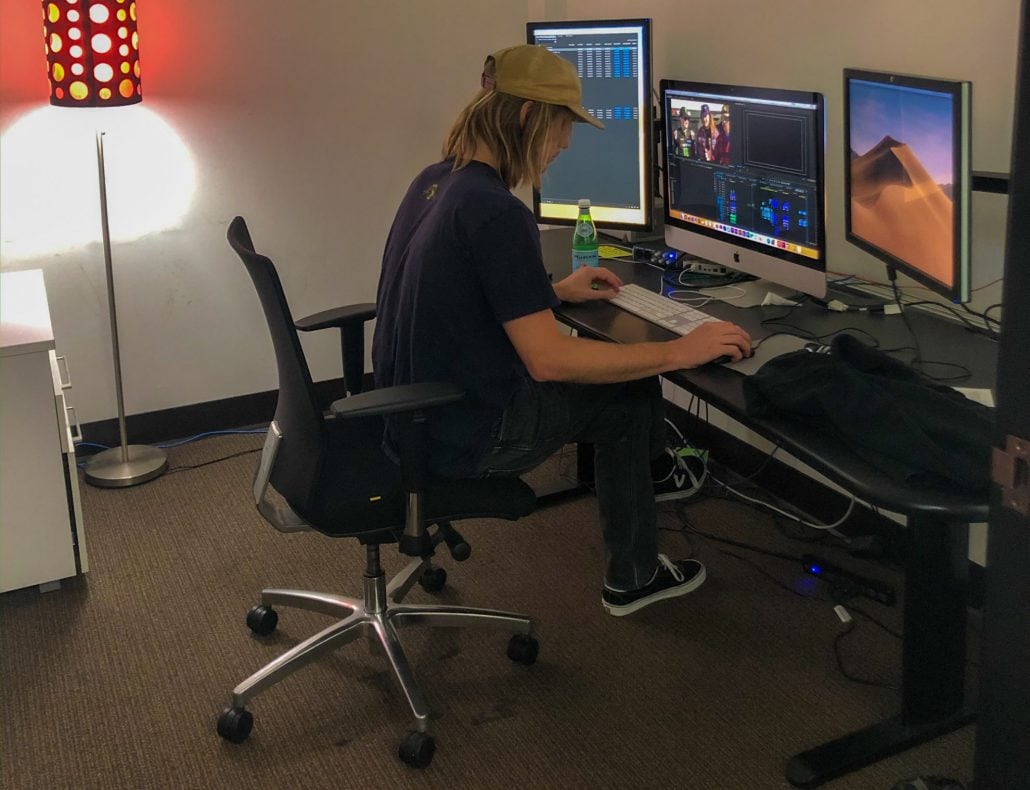 The minute live production ends- the post production begins. Big events like Nitro World Games brings in hours of live content shot for the broadcast, as well as footage for different crews focused on episodic and promotional content.

“Since I joined the team three years ago, we’ve done about 20 hours of television series on NBC, with 4 hours of live TV for HISTORY ( “Evell Live” 1 & 2). This does not include the countless amount of web series content.”

The Nitro Circus Post Production team consists of 12 full-time editors, expanding up/down with freelancers based on a project need. The entire team is in an Adobe collaborating editing environment, supported by 500TB+ of SNS EVO Shared Storage and a storageDNA DNAEvolution LTO7 Archive.

“We went with an all iMac and iMac Pro Adobe workflow. We found that the freelancers and young run-and-gun people were all editing in Premiere Pro. It also helped to give them access to Photoshop, After Effects, and other creative tools.”

Each Nitro Circus event produces around 20TB of footage. A team of Assistant Editors (AEs) would immediately attack the footage- tagging, commenting, organizing and assembling media assets for post production. The team cuts together 80-100 recap clips following each event. This all happens typically within a month of the event.

“We have a lot of departments relying on our media department. For example, licensing, PR/marketing, touring departments are all relying on our post production department to help create content for ticket sale promos, social media, tour promos, etc. We’re doing Ad Agency work, on top of our television and digital web series.”

For finishing, the Nitro Circus team has a DaVinci Resolve iMac Pro edit and color bay.

“While Adobe has powerful creative tools, we find that Resolve allow for more control and a higher quality visual. We’re able to host both the Resolve files, Premiere files, and media on the SNS EVO- making it easier for us to roundtrip between Premiere and Resolve.” 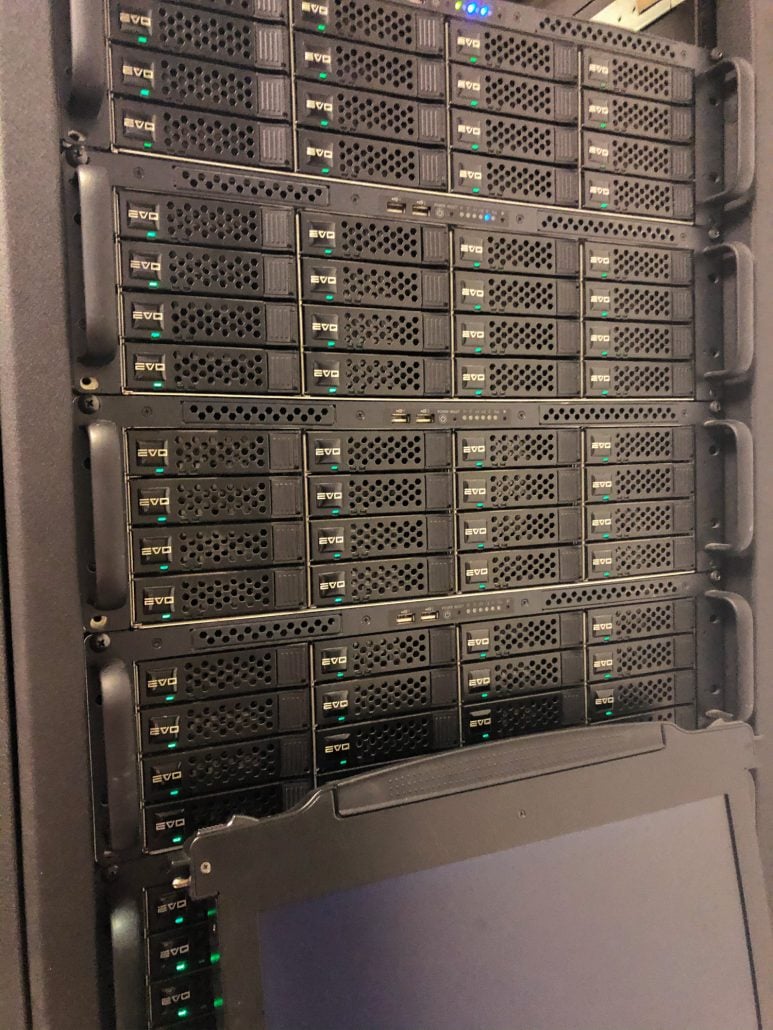 “The typical roundtrip involves making a duplicate sequence of the Premiere edit, removing all fx and audio, then exporting a single QuickTime file. The exported file is brought into Resolve, lay it on top of the sequence, then export an XML. I’ll do this so I have all of the edit points readily accessible. I know I could skip the QT export part of the process, but in most cases we are using so many different frame rates, codecs and aspect ratios that it makes it cleaner to just make one high rez file to color.”

WHAT’S NEXT FOR NITRO CIRCUS

“With more new TV projects currently in development we’re going to need to look at tweaking our workflow to expand. The television series content is typically coming in at around 30TB of storage, versus the 10TB projects we’re receiving today for smaller digital projects. Luckily, these tweaks will be small because of the thought put into our systems from the start.”